It seems like Kuwait is cursed by Alkhurafi myth. For not only he is ruining our country by the power of his millions, where no one dares to stand against him, he is also preparing his smaller image in his nephew Marzooq Alghanim to extend his curse at least for a coming decade. Today I got a message from a reliable source that Alkhurafi had given his orders to withdraw 6million KD in cash from NBK. This amount of money he does not need to get the green seat in the parliament because by hook or crook he already guaranteed that , but he sure needs it to get back his legendary presidency post. His millions would be distributed in Khaitan, Rumaythiya, Khaldiya and what have you, to manipulate votes and scrutinize patriotic candidates.
It was not long back when Alshaab newspaper (click the link pls) revealed Alkhurafi’s scandal in transferring names to Shamiya and Shuwaikh constituent and now the little Alkhurafi is taking his uncle’s steps, but I have a feeling that this youngster is bound to exceed his uncle with his sweet talk and mischievous charisma.
The information in these two posts were taken from the electoral registration sheets, and the pictures were taken as per the addresses given in those sheets, the number against each name represents the electoral number, check for yourselves 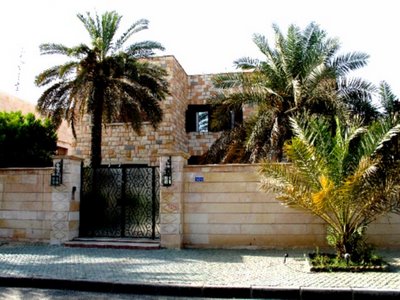 The last name; Waleed Almubarak is an ex-player in Kuwait Club and now he works in the administration office of the same club, and Hamad is his son. And if we exclude women’s names, we see how diverted each name sounds Also notice the opening in the wall where I guess a window used to be. This house looked and felt deserted and there is no way that seven adults could be living under it’s roof. 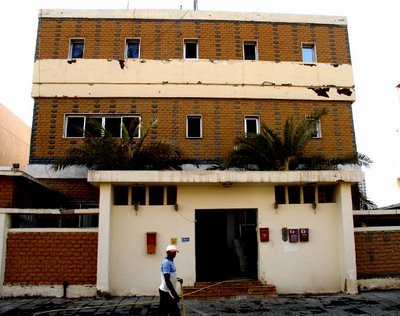 This house is around 500 m2, it looked also deserted with a seemingly broken hinged doors. I asked the Bangladeshi who was watering the front pavement if there were any residents; he said he’s new and there is only one Kuwaiti he knew.
This house belongs to Faysal Aljohar, Mariyam and Muna sound like his sisters, the rest of the names do not fit to be in the same family. But regardless of all this; this house does not look like it could accommodate 15 adults coming from several families. I also found out that Johar Mobarak is a resident of Alroodah and not Aldahiya.Could this be one of Marzooq's name transfers!!! 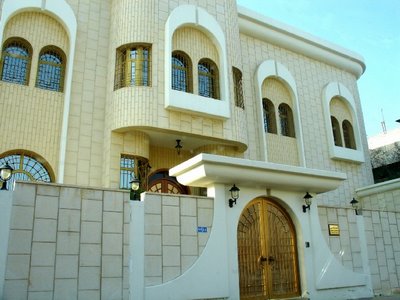 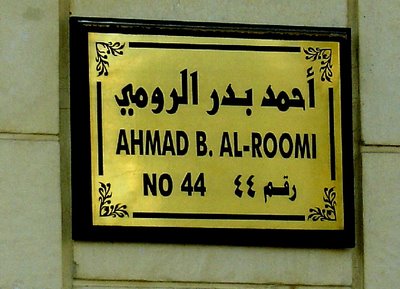 This house was actually a big puzzle; although the name Ahmad Bader Alroomi was printed on its entrance door, there was no Ahmad Alroomi registered on the electoral sheets nor any other names that indicated a family member. The house was large and only three people were registered as it’s residents; two sisters from Alfahad Family and Jarrallah Aljarallah whom I found out that he's a resident of Aljahrah and not Aldahiya. Another big question mark.

No, that’s not all, check the next post please